It’s not easy if you’re trying to travel in America right now. The end of the holidays, rare winter tornados, freakish snowstorms, trapped trains, an Omicron surge that means lots of people who usually help you travel are sick or sequestered … the list goes on. And some of the people who are stuck appear to be over-the-top angry about it. I generally don’t watch TV news, but I can’t tell you how many times I’ve seen the word “furious” in print, as in “people are furious,” as if they expected that during a time of year when travel sucks even if it’s perfect, and in this upside-down world, everything on their trip would occur without mishap. And most of the reasons for their inability to get from Point A to Point B have to do with Acts of God. Perhaps we hear more about these furious people because they’re the first ones to push to the front of the line when they see a news crew, and perhaps the news crews, after rolling in slop for years, don’t even notice of the smell of unnecessary angst anymore. Perhaps that’s what sells.

It might sound like a negative attitude to carry in life, but my sisters and I were raised to expect something to go wrong, and we’ve never been disappointed. In years of management and event planning, I can’t think of single moment when some element wasn’t going sideways. It’s inevitable. The only way to avoid it is inertia. A lot of things go right, of course, but you train for and learn from the **it that hits the fan.

I like to think that in a quiet corner of that airport or train station there are trapped people who are reading or chatting with others in the same predicament, or families playing cards and bartering for treats with their siblings. These are the things that you’ll remember about a trip, things you’ll laugh about later, the stuff that went wrong. 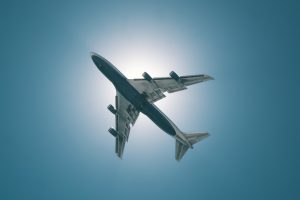 Several years ago we were headed to southern California for Thanksgiving. It was the foggiest we’d ever seen it. We got on the plane and sat. Sat for a long time. Read. Chatted. Smiled at the flight attendants who were put in a tough situation and were doing the best they could. Did crossword puzzles. Tried to sleep. Two-plus hours we sat there, and then finally, finally, flights were released. As we came around the corner of a terminal, I was blown away by the line of airplanes that went out as far as I could see, the sun glinting off them as the fog began to part. It was fabulous, bigger than me or our little trip, this massive movement of machinery and man, these planes filled with people going to see their families. I loved it, and still get goosebumps thinking about it.

So shit happened. And it was great.

My mother saved magazines that featured meaningful stories, and I ... View Post

The Right People for the Right Job

Sales takes many forms: Inside vs. outside, straight commission vs ... View Post

Just When You Think You Have Everything Under Control …

If I ever write a memoir about living next to ... View Post

Acronyms are nothing new, and in my corporate years they ... View Post
Read All | RSS