Acronyms are nothing new, and in my corporate years they spread like COVID variants. The conclusion of every 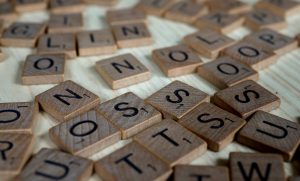 executive meeting meant the introduction of a lofty new program that took several words to describe and was given an acronym for ease of use. When they launched the vaunted CFM Program – Customer Focused Marketing – it became “Can’t Find a Manager” since most of them were in meetings discussing CFM implementation. I became so adept at humorous acronym repurposing that I suggested I be allowed to vet fresh ones before introduction so they’d be prepared for the funny and profane versions employees would be using within a week.

Then Mission Statements became the flavor of the day. Fred once met with a business owner who excitedly announced that he had three of them. Even when I was an executive, I couldn’t recite our company’s statement. When a new online ordering system was unveiled in a manger’s meeting, that mission statement was first image that came up on the screen, forcing the user to click through it in order to begin the ordering process. I pointed out that it only made sense if we were selling mission statements, and we were not. Thankfully, they changed it before launch.

I have a friend who was mentioned in the New York Times as having played a subversive game called “Buzzword Bingo” during a meeting. She wasn’t the only player. The room was full of them. Words like incent, proactive, impactfulness, paradigm, stakeholder were put on bingo-like cards. When attendees heard a word, they’d x it out, and if they won, they’d cough rather than shout. That was over twenty years ago. Some of those words are still in play, but today’s version would most certainly include pivot.

I love words and believe in their power, but the above examples are offered as a caution. It’s wise to not fall too in love with the acronyms, programs, or initiatives that you use in your business. I’m not saying it’s a bad idea to have a mission statement or to be aware of and promote the latest trends in management, but I think that these things – like salt on a well-cooked dish – should be used sparingly. When moving down a new operational path, an owner or manager needs to be willing to discuss these words and what they truly mean to an employee on any old work day, and not just point to them as a means to deflect challenge. The words can provide the framework, but human beings still have to do the heavy lifting.