In my youth, I had a lot of preconceived notions about the sales profession. I had no first-hand knowledge because I’m part of a bloodline of dutiful brewmasters, pattern-makers, and insurance adjusters. Cartoons, TV, and movies were my primary sources for knowledge about the profession, and based on that, I believed that one needed the gift of gab, the ability to smoke cigars, and a knack for knocking back a drink or five and still being able to converse.

My mind began to change when my husband and partner left the management track and went into sales in his 40s. He’s a good, helpful guy who works hard and tells the truth, and before long he was making national top-ten rankings, leading to multiple all-expense-paid trips to Bermuda and Hawaii. Several customers told me he was the best sales rep they ever had, and yet he was nothing like the stereotypes I’d carried around in my head for years! I had already begun my own dutiful march up management mountain, but watching him made me rethink my direction. I was also attracted to the idea of a job that both terrified and excited me.

My first week in the field, I crafted a call list of people who already knew and liked me, and who knew why I was going to visit. Even then, the first time I held out my business card, it quaked like an Aspen leaf in a stiff breeze, I was so nervous. I got better at it, eventually going into sales management, a thankless cat-herding job if there ever was one. But it was also my most favorite job ever, where any remaining notions about which traits made great sales reps totally disintegrated. I learned that there can be as many different styles of successful salespeople as there are different types of buyers. I learned that the gift of gab might be okay to break the ice, but the gift of listening – both to what customers say and what they don’t say – has far more value. And I learned a great sales rep would never dream of trying to sell ice to Eskimos, because great sales reps never push clients to buy something they don’t need.

In fact, I began to realize that the very best reps I’d competed against or managed were nothing like the stereotypes 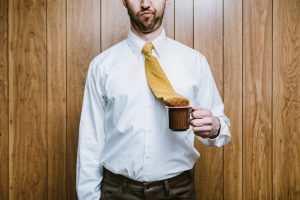 at all, including myself. Smooth, glib talkers who looked great in work attire and always seemed to be able to say the right things had shorter, less sustainable careers than the sales reps who were a little geeky and might not get the highest marks for being socially adept. The awkward folks prepared more, worked harder, and had something to prove, while being “perfect” for sales could make you lazy.

Keep that in mind the next time you’re looking to hire for a sales position. If you do, you could end up with a Fred Canada, and speaking as a deeply invested observer, you couldn’t do better! 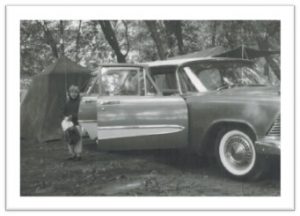 For two weeks every summer while I was in my ... View Post

When we founded The Quincy Group, I thought it would ... View Post

While in sales management, I took a call from a ... View Post

Words matter, and I’m not just saying that because I ... View Post

When my little sister Barbie was in the Brownies, a ... View Post
Read All | RSS