Of all the senses that a business owner can possess, the handiest might be a sense of humor. I’m probably biased because I’ve written humor columns, done stand-up, and come from a raucous family that has a lot of fun, but really, is there anything that can make a Very Bad Day better than a good laugh?

This came to mind during our trip home from Oktoberfest in Quincy. We flew in and out of St. Louis, taking note as we landed of the standing water and how high the Missouri, Mississippi, and Illinois Rivers still were. We could see from the air that homes and riverside cabins were still under water. There were the usual Spring floods, but this year, they never abated. On the 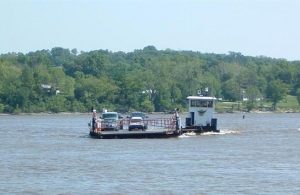 way back to the airport, we took the scenic Mississippi River Road south to Calhoun County, and once there, took the Golden Eagle Ferry – nothing like the ferries here, but a barge with a capacity for about a dozen vehicles – across the still-swollen Mississippi. Once in Missouri, you’re a mere half-hour from the airport.

Before we got on the ferry we stopped at Wittmond Hotel in Brussels, famous for its family-style fried chicken, where the hostess told us how residents had been trapped on the “peninsula” (Illinois River on one side, Mississippi on the other) during the peak of the floods. The bridge over the Illinois had been closed due to a levee break and water over the roadway that led to the bridge, and the 3 small ferries that cross the rivers had shut down because the water was too high and the current too strong. What was usually a 30-minute trip to the store became a 3-hour ordeal, since the only option was to drive north until they hit civilization. But when we parked next to a restaurant at the ferry landing, it was clear that they’d kept their sense of humor: 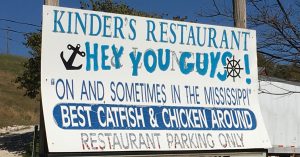 So the next time an employee walks out without notice or a job goes south or that long-term customer leaves you or the IRS suggests that an audit might be a good idea, just remember that you’re not sometimes in the Mississippi, and that you can probably get to your favorite grocery story within a half an hour. And try to laugh! 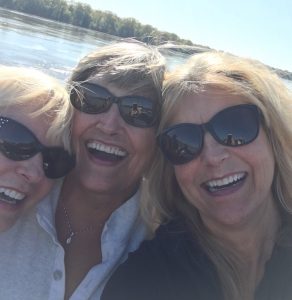