Back in my early 30s I attended a lot of management training meetings. One session, they split us into two groups of 10 each and gave us a case study to read. It was told from the standpoint of an employee who was a smart Young Superstar, straight out of college, and the tale was about how he and his nemesis – the Old Guy, the one with the 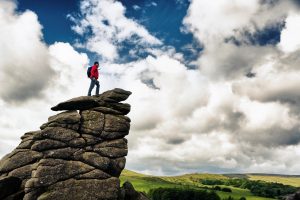 institutional memory, the one who wanted to do things the way they’d always been done – went toe-to-toe during a tour with the plant manager and the visiting CEO. It was a big blow up that had long been expected given the heated exchanges that they’d had for months. The question we were to debate was this: Who should get fired?

We voted to see where we stood. It was 9 to 1 for the Old Guy getting the boot. I was the holdout. I argued that it was clear in the case study that both of the employees had a lot to bring to the company, but the only way the company could reap the benefits of their different viewpoints was if they could work together, and the only way that could happen was if there was management intercession, starting with their boss saying, “I value both your viewpoints and we can all learn a lot from each other, but there’s no value to your knowledge if you can’t find a way to peacefully co-exist. I’ll work with you on that, but if it doesn’t get better, I’ll find two people with your skills who can get along.” I said the plant manager should be fired since he was the one who let this mess bubble and stew. I convinced the others of the same.

Meanwhile, the trainer stood in the back of the room looking pained. When we returned to the rest of class, he ran to the other trainer and pulled him aside, and they whispered and frowned at the back of the room. It soon became clear that I’d broken the lesson plan, because the other team had read a case study about the same event, but one that was written from the Old Guy’s standpoint, and their decision was that the Young Superstar should get canned. Usually the two groups would return and put forth opposing opinions and slowly come to the realization that they’d been given different viewpoints. It was a confirmation of what I’d always believed: It’s important to hear and consider all sides.

I said in my last post that there’s more than one way to skin a cat, and there’s also more than one side to a story. As you manage your own employees, do your best to seek a 360-degree view of an issue (as well as a 30,000-foot one) before making a decision, even if it makes you a little dizzy.

The Puerto Vallarta Division of the SBA 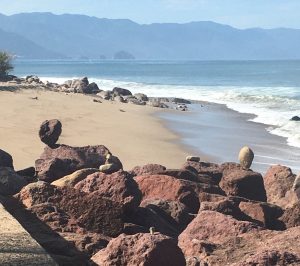 When we added Chris Ulin as an associate several years ... View Post

I’ve never been one for looking back, so I save ... View Post

We hope you all had great holidays! I took time ... View Post

The Hallmark Channel Christmas Movie Division of the SBA

Fred and I don’t shop for Christmas gifts for the ... View Post
Read All