An English major who studied Shakespeare, I’m embarrassed to admit that I have viewed Christmas movies on the Hallmark Channel. My interest was piqued by the fact that my sisters are hooked, so I originally checked them out so that I could make fun of them (I am the eldest), but then I was sucked in knowing full well that they were bland holiday catnip, not Joseph Papp, but pap; an easy treat for the stressed and a warm refuge from a world gone wacky. 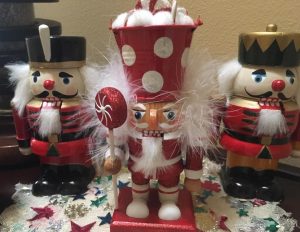 If you want to believe that happiness depends upon a woman giving up a high-stress, high-paying job to come home to a charming town that is close to dropping off the map, fine. If you’d like to think that difficult relationships with seemingly insurmountable issues magically smooth themselves out in the week before Christmas, that’s okay by me. I you want to believe that snow is always white and powdery and never gets dirty or chunky even in the middle of the street, sure. But since I view much of the world through the long lens of experience with small businesses – as a customer, vendor, owner, broker, and consultant – I suggest caution when accepting the Hallmark Channel view.

First of all, there aren’t that many small businesses in evidence in these movies, although you’re pretty much guaranteed to see

You get the general idea. There are two kinds of businesses: Those that are prosperous for no discernible reason, and those who are on the brink of failure through no fault of the owner. There’s no visible car repair, light manufacturing, roofing, employment services, print shops, mailhouses, gyms, etc. In fact, many of the at-risk town businesses seem to be Christmas-related, a dangerous one-trick pony profile unless you’re Leavenworth and can throw in an Oktoberfest.

So I shake my head and chuckle as I watch, saying things out loud, like “Take the money!” to the tree farm owners who get an offer for their land, or “Maybe they don’t know how to read their own Profit & Loss Statements!” when the town bemoans the fate of a business twirling down the drain. Yes, I know I sound like the Grinch, but then I’m the one who wrote a column about a consulting firm doing a business audit on Bailey Savings and Loan from “It’s a Wonderful Life.” I’d share it here, but I submitted it to the New Yorker a couple years ago, and I’m hoping that it’s still in a holiday slush pile since I never did get a rejection letter.

Now THAT would be my kind of Christmas Miracle!