When I was a rookie sales rep, I resisted getting a mobile phone. They were stupid phones then, not the smart ones we have today. My husband Fred, also in sales, had one of the first ones made. It was the size of a brick and just as

unwieldy, and it ceased to be effective about fifteen feet away from the five cell towers that existed at the time. I was given a beeper when I went into sales, and that was fine with me. It was the size of a large matchbox, clipped easily to a belt or purse, and made me look like a doctor instead of the paper peddler that I was. It had two settings: Beep and Vibrate. I told my customers that mine was set to Vibrate, and that they should feel free to page me. Often.

When I was paged, I would find a public phone to call the customer back. My reason for finally entering the digital age was two-fold: Too many phone booths that had obviously been mistaken for bathroom stalls, and too many pages with “911” added to the client’s phone number while I was stuck on a floating bridge.

My first mobile phone was attached to a little pedestal near the center console and had a wire snaking from the phone, under my seat, and up to a small microphone tucked above my door, making it hands-free. People in passing cars would laugh as they’d see me apparently talking to myself, but I didn’t care, because I talked to myself in the car all the time, and this setup provided the perfect excuse if anybody caught me at it. When my customers would call, I’d let it ring 3 or 4 times and then answer, breathless, “Sorry! I was in the trunk!” But after a time, I needed to upgrade to a system that was not permanently attached to the car, but could truly be mobile, so my next phone included a clip-on lapel microphone. I would attach it to the seatbelt and put the phone in the ashtray.

One day on I-5 I turned my head to look out the side window, and the clip popped off the seatbelt and jumped to my neck. Its tiny jaws bit into my tender flesh, and I howled and grabbed at it, causing me to swerve across the road. I had the fleeting thought that I might die in an accident due to a hands-free safety feature. That cheap little clip was surprisingly tenacious, and it created an angry welt that left a reddish mark that lasted for a week.

That happened not just once, but three times. Angry at myself and concerned that Fred might think I was cheating on him, I finally decided that I didn’t need to wear a microphone and answer calls while in the car, which is still, to this day, not a bad idea. 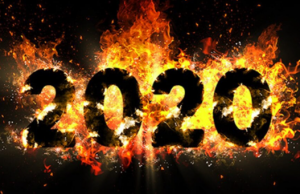