I sold paper to printers in my youth, and one of the rites of passage was visiting the mills where the paper was made. At first the trips were purely educational – Look! This is how paper is made! – but with experience and success, they became boondoggles, four-day weekends when we’d treat potential customers to tours of upper Midwestern mills, plying them with food and drink, then suggesting some food and drink, and then maybe finishing up with some food and drink. I once asked our tour guide if he enjoyed what he did, and he said it was great job as long as you had a strong liver.

So I toured my way through Washington, Oregon, Maine, Wisconsin, Minnesota, Ohio, and Canada. Mills are situated next to rivers, many in picturesque areas, and mid-sized mill towns often look like set pieces for “Leave it to Beaver.” On one tour, we took a flight from Seattle to Chicago, then a small jet to central Wisconsin. “We have landed in Stevens Point,” our pilot advised us. “The time is 1 p.m.-“

It wasn’t all food and drink, and sometimes real work was accomplished. Such was a trip to upper northern Wisconsin where Wausau owned a rustic hunting lodge. After a day of intense meetings, we retired to the skeet 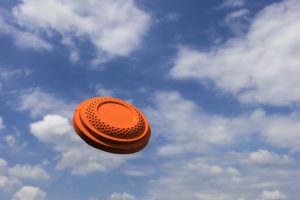 shooting range. No one in the group had tried the sport before, including me. I was in no hurry, and watched as others shot at the flying discs with little success. I went last and picked off clay targets one after the other. Those watching were sure that I was lying when I said I’d not done it before, but my success surprised me as much as it did them.

Watching them, I’d realized that my peers had aimed at the target and pulled the trigger, while I aimed ahead of it at a spot where I hoped I’d intercept it. It was the same way I attempted to hit business and sales goals: By leading the target, thinking ahead, aiming beyond where I want to be, because if you just aim at the target without considering the mitigating factors that are likely to keep you from attaining it, you’ll fall short.

It’s an Olympic sport, by the way. Skeet shooting, I mean, not sales. Although I’d pay good money to watch the Sales Olympics!